Haslam, Do You Approve of the Budget-Busting Tax Breaks You Gave Yourself? "You Bet" 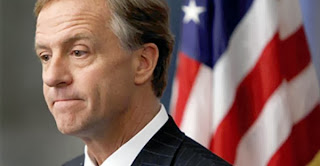 That means it will be harder to pay essential services, like fixing our crumbling roads and bridges, improving our schools so our kids can compete for future jobs, and investing in public safety so, maybe, Tennessee wouldn't have to be the nationwide leader in gun violence.

Given our new budget woes, Gov. Bill Haslam was asked recently if he thought all these tax breaks for the rich were still a good idea.


Here's some insight into his knee-jerk reaction. Those are tax cuts for himself.

With both the inheritance and gift tax repealed, the greater Haslam family alone will likely get a tax break of about $300 million. (It's probably not less, but it could be more.)

Bill Haslam, do you want that $300 million tax break for your family? You bet he does.

Haslam's repeal of gift and inheritance taxes on the rich erased any modicum of tax fairness left in our system.

Given Tennessee's current tax structure, wealthy families, like the governor's, pay a much lower percentage of their income in state taxes (2 percent) than families who are dirt poor or even upper middle class.

Now with budget shortfalls on health care, infrastructure and schools, millionaires and billionaires, who already pay a smaller share of their income on state taxes than fast food workers, secretaries, teachers, plumbers, nurses, police officers, and just about everyone, will pay even less.

Nobody who works for a living to collect a paycheck should have to pay more of their wages than millionaires and billionaires who feast on Wall Street unearned income.

We can't build a state where every family is safe and has a chance to succeed if we're asking working people to do more than the wealthy.

Because what happens next? Is Haslam going to ask for tax increases to cover much-needed bridge and road repairs, classroom improvements, or new public safety measures?

That means more cuts to services that are essential for attracting new jobs and maintaining a safe and secure way of life.

Mr. Haslam, you may have cut your own taxes, but you cannot cut your way to job growth and shared prosperity for the rest of our families.
Posted by Brandon "BJ" Puttbrese at 5:52 PM No comments:

You can't make this stuff up.

Earlier this year, Governor Haslam canceled ObamaCare's Medicaid expansion for 330,000 low-income Tennesseans. He said he'd prefer the billions worth of our tax dollars bypass our Medicaid program and go straight into the pockets of private health insurance companies.

Who care's that his insurance company handout doesn't get close to insuring the same amount of low-income families! You working stiffs -- who don't get health care through work -- are on your own!

The problem for Bill (not Pilot or his multimillion dollar handouts for old business partners) is that the Obama administration wants the Medicaid expansion money spent insure the highest amount of  people possible for those dollars.

So what's a governor who's denying care for hundreds of thousands of Tennesseans to do!?

This health initiative is laughable on its face: Any new health board that specifically excludes coverage for the 330,000 Tennesseans who would be newly eligible for Medicaid is clearly not a serious plan to improve health outcomes and strengthen health care security for our families.

I can say with confidence that Haslam's executive-laced board won't be making house calls when your kids get sick.

Let us save this new board and taxpayers a bunch of money right now. Here's the health care plan: expand Medicaid now.

What will it cost us? Nothing for three years and never more than 10 cents on the dollar after that.

There's $1 billion of our tax dollars just waiting to spent on health care for us! And that's not all, insuring more people drives everyone's insurance premiums lower.

This is the biggest no brainer in history, but people who are refusing to use their brains are calling the shots. 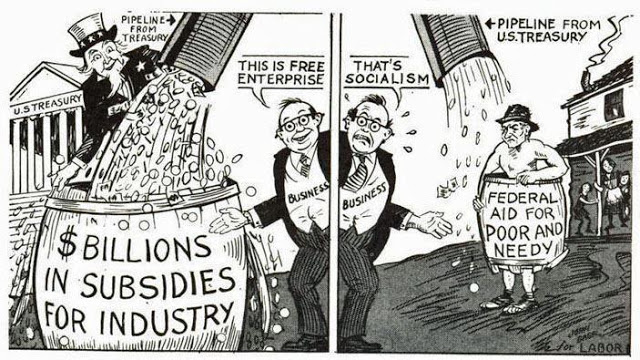 So much so the Republican majority in Tennessee passed a law in 2012 -- sparing no expense on the taxpayer’s dime -- to drug test poor families applying for, on average, $164 a month of temporary assistance to pay for food, shelter, utilities and other family expenses. State officials have until 2014 to implement the law.

If you listen to the intolerant conservatives who run the Capitol, you would hear accusations implying that people who’ve lost their job through no fault of their own and now draw some government assistance are a bunch of do-nothing dope fiends and moochers.

Arizona has had a similar drug test-for-benefits law on the books for three years. According to The Tennessean, Arizona taxpayers have spent thousands of tax dollars administering thousands of drug tests and caught exactly one drug abuser -- ONE -- who was receiving welfare.

In Tennessee, existing rules governing the service already require families receiving Temporary Assistance for Needy Families to keep their children in school and participate in a work-training program.

Still the state estimates enrollment in the program will drop and we will successfully deprive thousands of poor families who’ve fallen on hard times a sum total of $1.3 million annually for food and shelter with these new hurdles.

As Arizona’s record shows, a scant few applicants will be rejected because of drugs. But others, single mothers who live in the country and can’t afford to travel to the city for testing or dads who have lost their jobs and can’t afford $50 for a drug test to prove their children are worthy, will be affected too.

So do the Republicans who control Tennessee apply these rigorous, multi-layered mandates to all cash payments footed by taxpayers?

WPLN reports Tennessee taxpayers are currently forking over $720,000 -- A MONTH -- as part of a near $100 million handout to the Hemlock Semiconductor Corporation of Clarksville, which earlier this year, fired 300 employees, almost its entire staff, at its silicon-production facility.

Having laid off a vast majority of its in-state workforce, Michigan-based Hemlock Semiconductor, owned in part by the Dow Corning Corporation, clearly hasn’t lived up the agreement made with the taxpayers of Tennessee.

But millions worth of Tennessee’s tax dollars keep flowing to Michigan anyway.

An article on TNReport.com in March says the total loss of tax dollars could reach $300 million factoring in state and local tax deferments and there's been "no effort from (Tennessee Republicans) to get taxpayers’ cash back."
Perhaps a drug test for the governor and legislators who keep signing off on the millions worth of corporate welfare checks would be appropriate.

This year Democrats in the state Senate proposed a measure that would introduce “claw back” provisions so CEOs and corporate executives who take our money but fail the test of job creation would have to give back the tax incentives they took to get started.

The proposal was signed into law, but not before it was watered down to the point where the claw back mandate was removed.

Republicans have shown they are steadfastly committed to maintaining a different set of rules for working people and the rich.

Democrats believe fiercely in accountability and spending our tax dollars efficiently -- but that does not begin and end with programs that benefit the poor, working and middle class families.

Republicans conversely have shown a commitment to accountability for everyone, but themselves, their campaign donors and big corporations.

If they believe a single parent should have to take a drug test to get $165 for their children, surely we can create a “jobs test” for CEOs and corporate special interests drawing $720,000 a month.

In March, Hemlock announced the January layoffs were permanent, which begs the question: where is our monthly $720,000 check going?

Coincidentally, Dow Corning, one of Hemlock’s corporate parents, announced on its website in December -- a month before firing 300 Tennesseans at its Clarksville plant -- that it was expanding one of its factories for more silcone production.

Not in Clarksville,Tenn. Not even in Michigan. This “multi-million” dollar manufacturing investment was in Songjiang, China.

As our millions worth of tax dollars pad their corporate parent’s profits, they cut American jobs and invest in China.

When conservatives tell you they are “pro-business” remind them, those businesses should be creating jobs in Tennessee.

***
Thanks to KnoxViews for inspiring this post.
Posted by Brandon "BJ" Puttbrese at 7:00 AM No comments:

Just a day after Gov. Bill Haslam did an about face on establishing state-run health insurance exchange in Tennessee as a part of the Affordable Care Act, the topic turned to whether the Tennessee legislature would expand our state's Medicaid program.

Former U.S. Senate Majority Leader Bill Frist — a Republican, gasp! — is publicly advocating for the expansion of TennCare. In a column published by The Commercial Appeal, he outlined the choice Tennessee legislators face:


What is optional is the Medicaid expansion, providing insurance to those who are uninsured presently and below 133 percent of poverty level. According to the state budget report, between 2014-19 this will add 180,000 people to TennCare at a cost of $200 million of state money.

The TennCare expansion would largely cover the working poor — those who are not offered health insurance through their employer and cannot afford it on the private market. For the first three years of the expansion (through 2016) the federal government would assume all of its cost, at least in part with our tax dollars paid by Tennesseans. In 2017, Tennessee would assume 5 percent of the cost and the state's share in the cost would gradually increase to 10 percent by 2019.

A plan that spends our tax dollars on health care for Tennesseans? Sounds reasonable given our state's poor health ranking, our 1 million uninsured residents, an infant mortality rate (7.9) well above the U.S. average, and the billions worth of uncompensated health care our medical professionals deliver each year.

But since when have Tennessee Republicans been concerned with reason?!

Right on cue, the first bill filed for the 108th General Assembly is one that would bar the state from expanding Medicaid and take advantage of increased funding under health care reform (some estimates put that number as high as $2 billion a year worth of new money to pay doctors for treatment, hospitals, nurses, etc.).


“I feel we can’t afford to expand Medicaid.”

To the freshman lawmaker representing Tennessee's most opulent gated communities, I respectfully disagree.

Durham, a lawyer, lives in Tennessee's wealthiest county. The average household income is more than 70 percent higher than the rest of the state. Half of Williamson County's 69,000 houses are worth more than $336,000. By most measures, the people of Williamson County are doing pretty well.


And the richest Tennesseans are doing even better with billionaire Bill Haslam in the governor's mansion. In 2012, the 107th General Assembly passed into law $900 million worth of new tax breaks for Tennessee's highest earners over the next decade.

But even in Durham's Williamson County, an estimated 15,000 people — 8 percent of residents — have no health insurance. The reality of the matter is that no part of the state is immune to health care problems.

So it really comes down to a simple test of values. Vice President Joe Biden has an excellent quotation on the matter:

What do we value?
I'll definitely be writing more about the battle over whether to expand TennCare or not, but I'll end with this thought:

President Obama and Democrats fought for health care reform because we believe as a matter of principle, that every American should have genuine access to affordable, quality health care. In the wealthiest nation on Earth -- no illness or accident should ever lead to a family’s financial ruin.

Affordable health care our families can rely on is key to building a strong middle class. Tennesseans who work hard and play by the rules should have the security that comes with good health care.
Posted by Brandon "BJ" Puttbrese at 2:20 PM No comments: